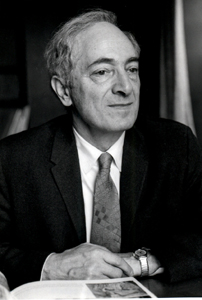 This post is an epilogue of sorts. The project to process, describe, and make accessible the Meyer Schapiro Collection at Columbia University’s Rare Book & Manuscript Library is now complete.

This post is also a prologue. Now that the collection will soon be available to the public, I can only imagine that new scholarly and historical perspectives will emerge relating to Schapiro: his influence, relationships, and contributions to the field of art history. As a historical figure, Schapiro was at the center of many important circles, whether artistic, philosophic, or scholarly and this collection will give the public a new understanding of not only Schapiro but to the historical period of the pre- and post-war years.

The collection, with a total of 398 linear feet of material, is a portrait of a man through documents, recordings, and his art works.

I’d like to use this final post to give readers a description of the collection and how the records were arranged. Stay tuned for the full finding aid to the collection in the near future.

Description of the collection

The collection of art historian Meyer Schapiro contains a vast range of material documenting the professor’s personal, professional, and artistic life. The collection encompasses Schapiro’s early academic training to his rise as a prominent theorist and historian of Medieval, Romanesque, Impressionist, and Modern art. His personal life is documented through early school records, course notes from college, typescripts and notes relating to his masters thesis and doctoral dissertation, and photographs and notebooks from his travels abroad between 1927 through 1957. The collection also houses an extensive set of Schapiro’s own art work in various mediums that spans from the early 1920s through the 1980s.

Schapiro was at the center of many artistic and political debates from the 1930s through the 1990s and his correspondence in the collection  reflects his ongoing support of academics, artists, and philosophers. This includes his efforts to aid German and Jewish refugees of World War II.

Schapiro’s professional activities as a professor and lecturer are strongly represented in the collection. Materials include transcripts, outlines, research notes, and audio recordings of his lectures, many of which formed the basis for his written corpus. Also in the collection is Schapiro’s extensive research notes on subject matter relating to art, politics, and sociology that are arranged alphabetically by subject.

Included in the collection is a substantial array of Schapiro’s published and unpublished writings, including articles, essays, manuscripts, published works, reviews, translations and poetry. Schapiro’s intellectual curiosity necessitated his own constant reappraisal of his professional written work. This includes editing, clarifying, and expanding upon typescripts, outlines, and notes relating to lectures that he foresaw as being published.

This collection is arranged in VIII series.

I will end with a quote from John Pope-Hennesy’s Learning to look where he describes Schapiro brilliantly:

"The function of art history is to determine why individual artifacts took the form they did. This task involves a mastery of widely divergent areas of knowledge, which extend from simple history (if any history is simple) to semiotics and psychology. In relation to the ideal requirements of the subject the equipment of most art historians (myself included) is sadly inadequate. They operate in the conventional, clumsy way in which dentists used to drill teeth half a century ago. But with Schapiro one is constantly astonished by the variety of angles from which problems are attacked, and by the lucidity with which his concepts are expressed. His work is at root visual."

Thank you all for following this blog!

One thought on “An epilogue for a prologue”