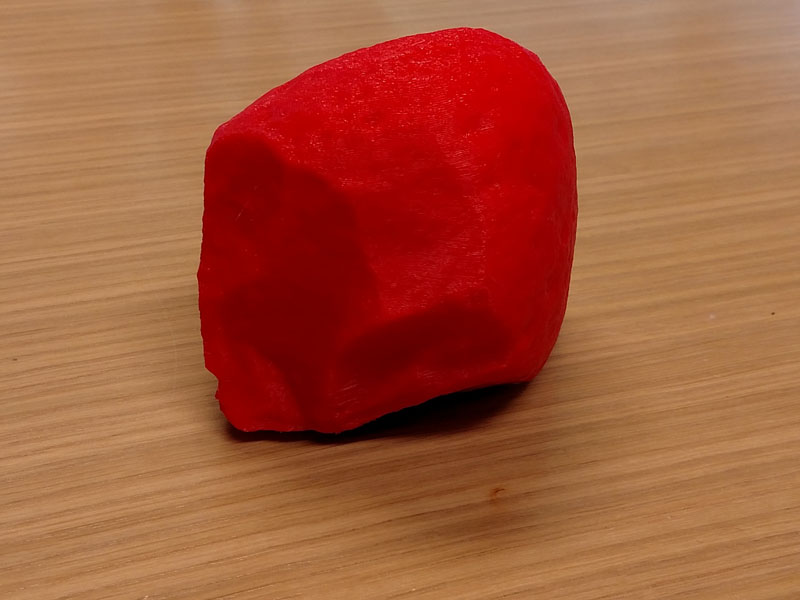 Printed with the Makerbot Replicator 2 at 0.1 mm resolution

This was a particularly interesting print, since there was a fairly visceral reaction to fitting a prehistoric stone tool to your hand.  I may have hummed Also Sprach Zarathustra a little bit. 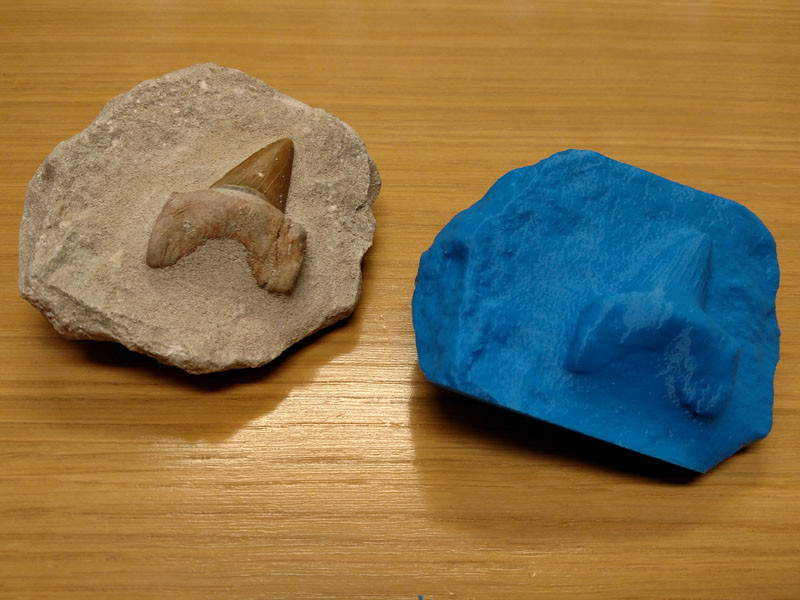 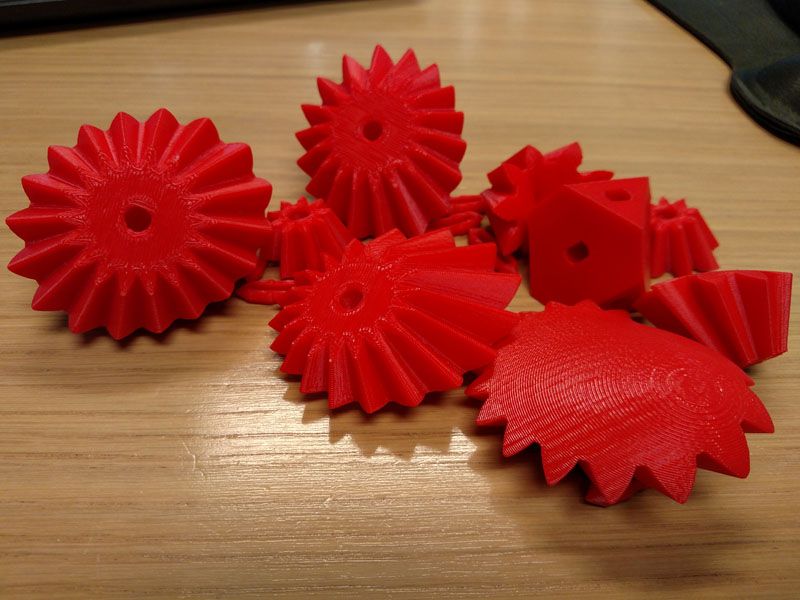 Printed with the Makerbot Replicator 2 at 0.3 mm layer height

Please visit our Getting Started page!

tl;dr:  maybe you should avoid having a 3D printer in your dorm room firing off ABS models.

Previous research has shown that desktop 3D printers can emit large numbers of ultrafine particles (UFPs, particles less than 100 nm) and some hazardous volatile organic compounds (VOCs) during printing, although very few filament and 3D printer combinations have been tested to date. Here we quantify emissions of UFPs and speciated VOCs from five commercially available filament extrusion desktop 3D printers utilizing up to nine different filaments by controlled experiments in a test chamber. Median estimates of time-varying UFP emission rates ranged from ∼108 to ∼1011 min–1 across all tested combinations, varying primarily by filament material and, to a lesser extent, bed temperature. The individual VOCs emitted in the largest quantities included caprolactam from nylon-based and imitation wood and brick filaments (ranging from ∼2 to ∼180 μg/min), styrene from acrylonitrile butadiene styrene (ABS) and high-impact polystyrene (HIPS) filaments (ranging from ∼10 to ∼110 μg/min), and lactide from polylactic acid (PLA) filaments (ranging from ∼4 to ∼5 μg/min). Results from a screening analysis of potential exposure to these products in a typical small office environment suggest caution should be used when operating many of the printer and filament combinations in poorly ventilated spaces or without the aid of combined gas and particle filtration systems.

For PLA printing (which is what we use in the library), the primary volatile organic compound detected was lactide, and that at much lower levels than some of the nastier stuff detected from other types of filaments.  Lactide is the cyclic diester of lactic acid (which is the LA in PLA), and according to this paper,

We are not aware of any relevant information regarding the inhalation toxicity of lactide, the primary individual VOC emitted from PLA filaments.

So, good news?  It’s still early days in the analysis of this rapidly-growing technology from a general consumer perspective, so it’s probably prudent to operate your printer in a well-ventilated area, particularly if you’re using filaments other than PLA.