Sometimes, despite the best efforts of an impressive team of catalogers and processing archivists, an error can cause a work to become nearly invisible. Such was the case when a curator happened across a folder in our Art Collections flat-files, labeled “Eebster, H T.”: 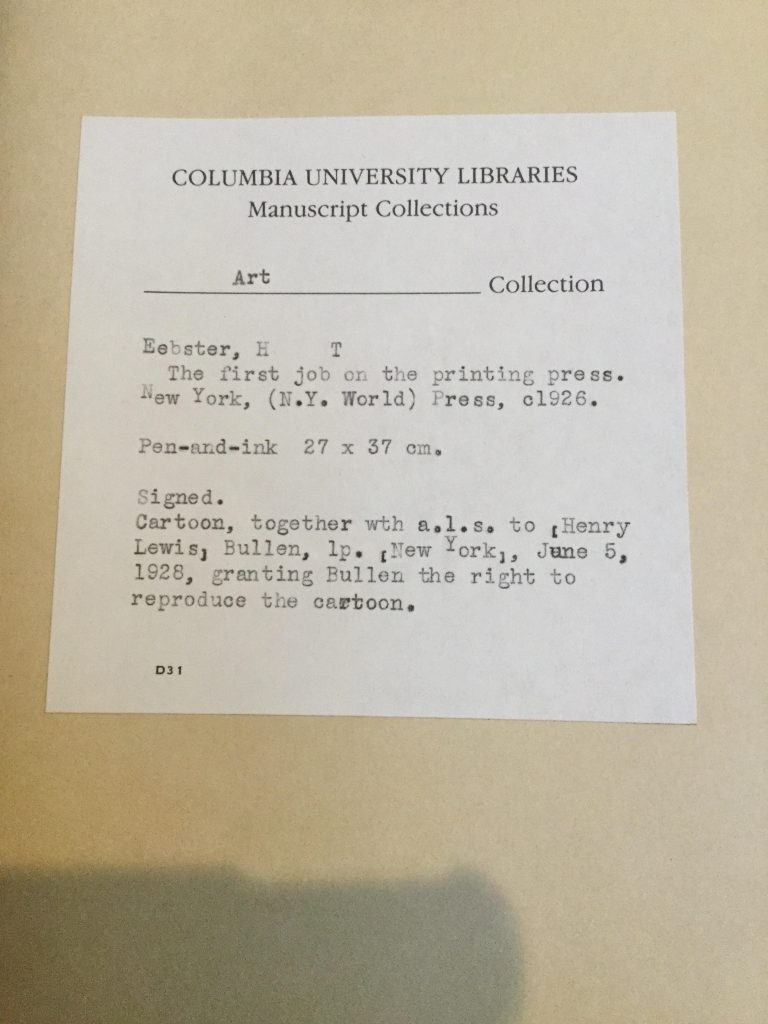 An unusual name indeed! Closer inspection revealed a beautiful piece of original cartoon art by cartoonist H.T. Webster. The “W” in his signature, at lower right, is sideways, looking almost as if it were added by another hand, caused the cataloger to believe the signature read “Eebster.” Comics historian Rick Marschall, however, notes that that tilted capital was a Webster hallmark from his earliest days. 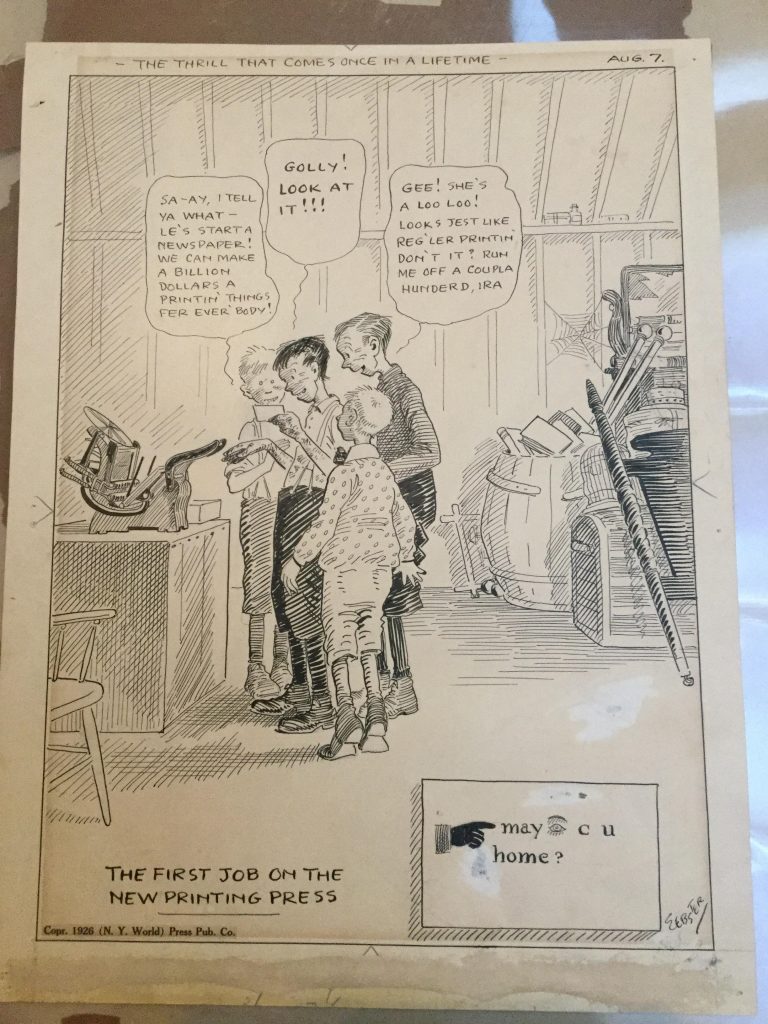 Webster was a prolific and renowned cartoonist, perhaps best known for his comic strip “The Timid Soul,” which featured a nebbishy fellow he named Caspar Milquetoast, a name that would become an iconic epithet. This particular cartoon series, “The Thrill That Comes Once in a Lifetime,” ran first in the New York World (where this 1926 cartoon would have appeared) and then, after the World folded in 1931, in the New York Herald Tribune. This cartoon’s focus on printing and the accompanying letter to Henry Lewis Bullen indicate that both came to the Rare Book & Manuscript Library with the American Type Founders Company Library, which Bullen oversaw.