The Library has added three new databases to support LGBTQ studies at Columbia. 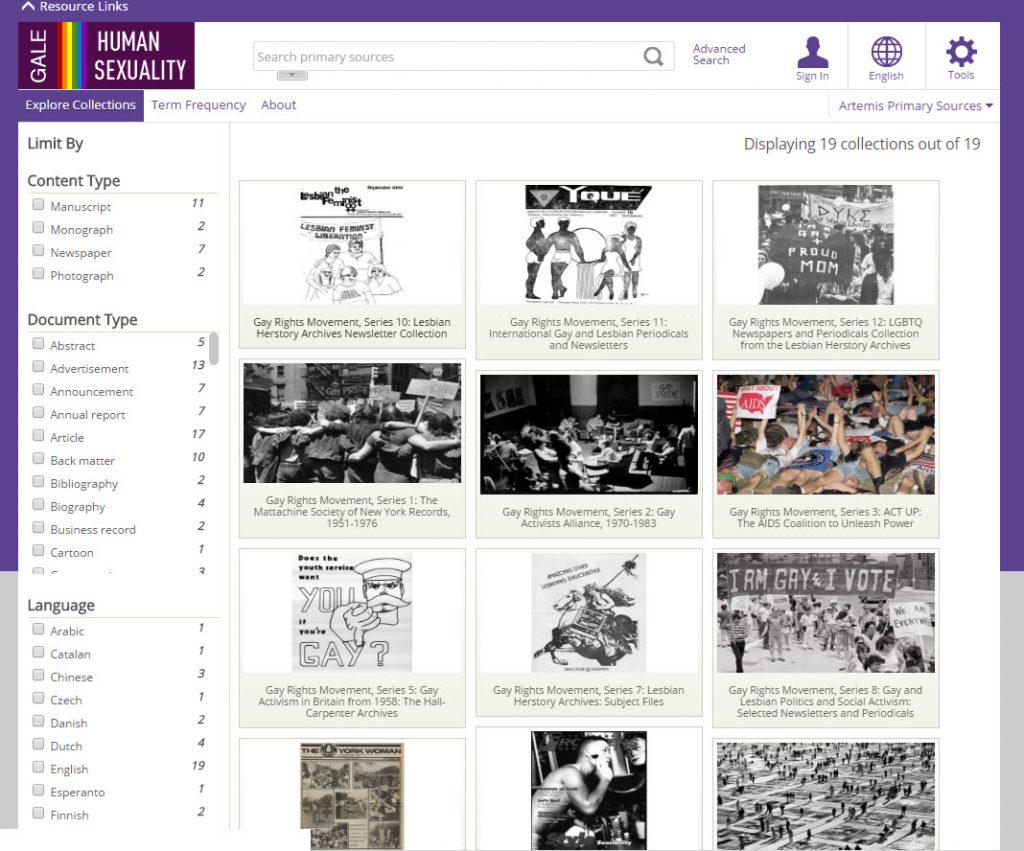 Archives of Human Sexuality: LGBTQ History and Culture since 1940  includes digitized archives of the New York Mattachine Society, the Gay Activists Alliance, and ACT UP from the New York Public Library; newsletters, feminist newspapers,  and subject files from the Lesbian Herstory Archives; Daughters of Bilitis, homophile, and activism collections of the Gay, Lesbian, Bisexual and Transgender Historical Society in San Francisco;  AIDS Crisis records from the National Library of Medicine; Hall-Carpenter Archives, London School of Economics; the Canadian Lesbian and Gay Archives; and several collections of LGBT magazines.

LGBT Thought and Culture includes manuscripts from the Kinsey Institute for Research in  Sex, Gender and Reproduction, the ONE National Gay and Lesbian Archives, the Tracy Baim editorial files, the National Archives at Kew; and the Eros Foundation Archives.  It also includes books: scholarly and popular history, fiction and cultural studies.

Other Library databases in LGBTQ studies include LGBT Life, an index of scholarly and popular periodicals from the mid-twentieth century to the present, Gender Studies Database, and Independent Voices, an open access collection of the alternative press with a number of LGBT titles, including a run of ONE from 1954 to 1973.