The city of Pitigliano, in Tuscany, has a long history of Jewish inhabitants.  There was a continuous Jewish community in Pitigliano until World War II, and the Jewish population there was so well-known that the town was known as “little Jerusalem.”  Its synagogue, still intact, was built in 1598.

Our newest acquisition is a Pinkas book for that community from the years 1772 to 1818, which includes takanot for the specific community, as well as information about visitors to the community.

One of the better known visitors to Pitigliano was Hayim Yosef David Azulai (HIDA), noted rabbi and bibliographer, who traveled the length of Europe and North Africa collecting funds on behalf of the Jewish community  of Hebron. The HIDA’s inscription can be found in this pinkas, as he clearly stopped in the city over the course of his travels. Another note on the same page indicates the year, 1774 (which was the year his bibliographical magnum opus, Shem Ha-gedolim, was published in Livorno).

This book holds many inscriptions and signatures in both Hebrew and Italian, and is an important new resource for the history of the Jews of Tuscany in the late 18th and early 19th centuries. 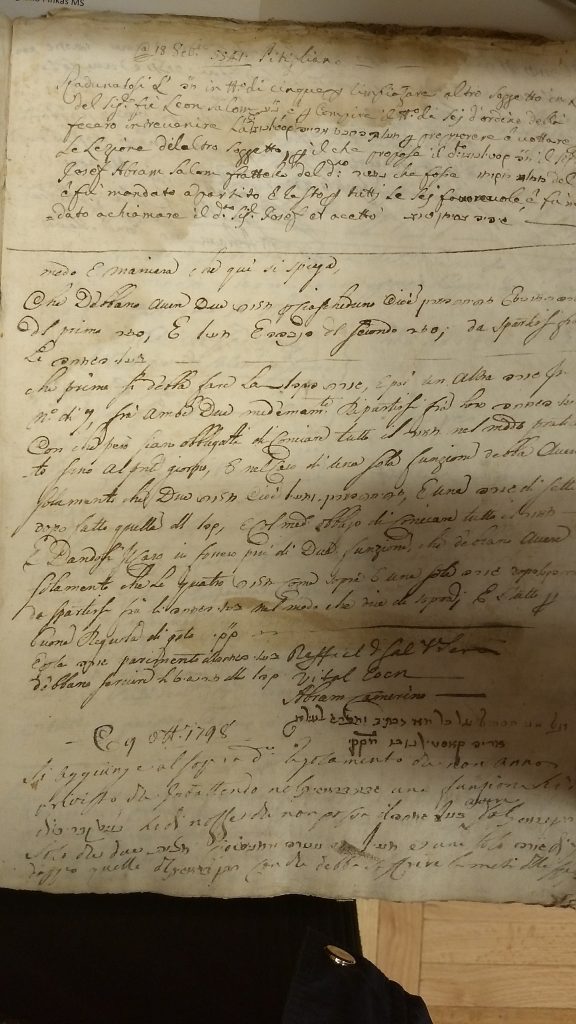