The Rare Book & Manuscript Library at Columbia University is pleased to announce the acquisition of the Myrna Casas papers in the Latino Art and Activism Archives. The new collection contains a range of rich materials pertaining to the life and work of playwright Myrna Casas (1934-present), one of the most important Puerto Rican, Caribbean, and Latina playwrights of the twentieth century.

“I will no longer have some of my family portraits or my first video at age five,” Casas said. “But for me, it is of great importance that my papers are deposited at Columbia University. Now, they will be available for the research of not only of my work, but of Puerto Rican theater more generally.”

The Casas collection features a wide array of materials, including the playwright’s original annotated manuscripts of all plays written from 1960 to the present, over 50 plays that were adapted or directed for the theater, screenplays, translations of selected works, rare editions, and photos of theater productions, such as René Marqués’ Los Soles Truncos. It also includes personal correspondence—some with important writers like Buero Vallejo and Luis Rafael Sánchez—her doctoral dissertation, and home movies of Casas as a young girl in Puerto Rico and later, traveling to the United States by boat during the 1940s and 1950s. 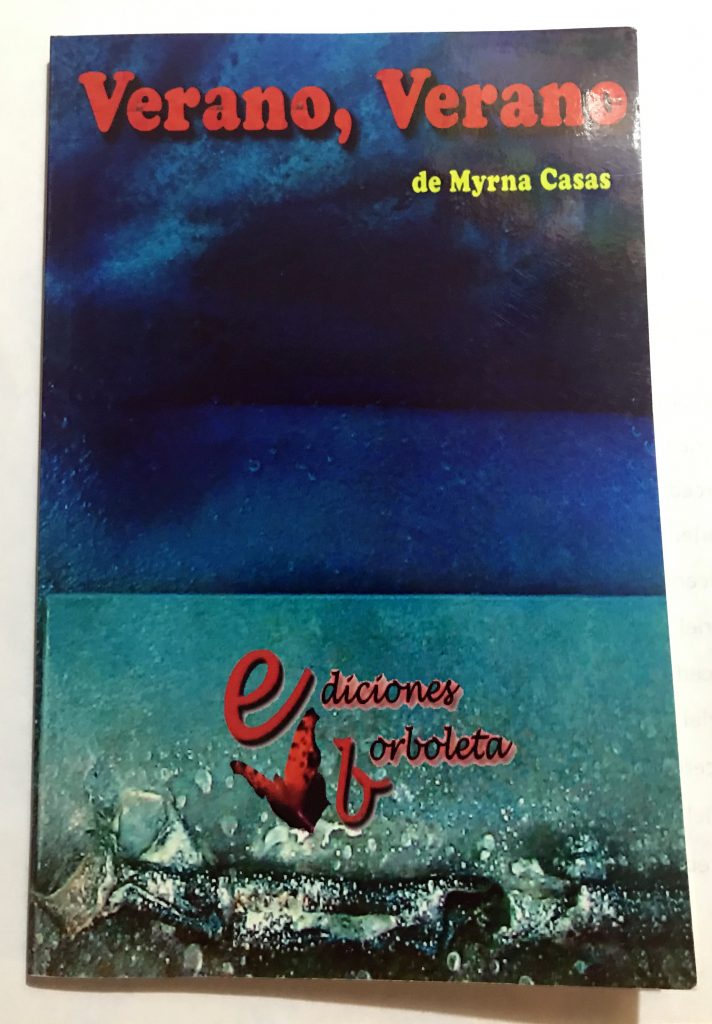 Though originally from San Juan, Puerto Rico, Casas has maintained multiple connections to New York. She majored in drama at Vassar College and completed her Ph.D. in Theater Education at New York University, graduating in 1954 and 1974, respectively. Later in her career, Casas’ works Verano, verano (left) and Absurdos en soledad were staged in the city. In 1988, her play El gran circo eucraniano (1987) was presented in New York and received acclaim from The New York Times.

As a playwright, Casas began her career in 1960 with Cristal roto en el tiempo. Since then, she has written more than 30 plays, exploring gender politics through various genres and methods, including realism, naturalism, surrealism, and the theater of the absurd.

“Informed by feminist perspectives and often termed ‘surrealist’ or ‘absurdist,’ Casas’ work has focused on disrupting gendered rhetorics, expanding the reader’s political imagination, and unsettling what is understood by theatrical and literary representation,” said Frances Negrón-Muntaner, Curator of the Latino Arts and Activism Archives and Professor of English and Comparative Literature at Columbia University.

Casas has significantly impacted theater production as the co-founder of the theater company Producciones Cisne (1963-2018) in San Juan and the director of the Experimental Theater of the Ateneo Puertorriqueño, which paid homage to Casas in 2005 by dedicating the 28th Drama Festival to her and publishing her thesis in book form, La producción teatral en Puerto Rico de 1700 a 1824.

Casas’ global significance has been recognized with numerous accolades from the Puerto Rican senate, the University of Tennessee, the Sociedad General de Escritores de México, Centro Cultural Espacio 1900, Sacred Heart University, Turabo University, the Circle of Puerto Rican Drama Critics, and many more. Additionally, critics such as Luz María Umpierre view Casas as a radical feminist writer whose main contribution has been questioning, investigating, and re-signifying gendered rhetorics and European theater conventions on what constitutes the theater of the absurd. Moira Alvarez sees her contribution as expanding the absurdist tradition by suggesting that even when women “enter” the stage and in that way become subjects, they are not solving the absurd, but joining it.

Negrón-Muntaner said, “The acquisition of Casas’ archives is key in consolidating the Latino Art and Activism Archives’ position as one of the most important archives located in the United States for the study of Puerto Rican literary production after World War II.

“The archive also allows researchers to investigate her impact as a precursor to writers such as Rosario Ferré and Manuel Ramos Otero, whose papers are already at Columbia University, and inscribe Casas as part of this rich Caribbean tradition,” Negrón-Muntaner continued.

Sean Quimby, Director of the Rare Book & Manuscript Library, added that Casas’ papers are “a welcome addition to Columbia’s longstanding and world renowned theater collections, which include the papers of Tennessee Williams, Clifford Odets, Padraic Colum, and most recently, and alumnus Tony Kushner (’77CC).”

Researchers of the history of theater, gender, activism, Latin culture, and more will be captivated by this collection.

Written by Viviana Valle Gomez, a graduate student in American studies at the Center for the Study of Ethnicity and Race at Columbia University.