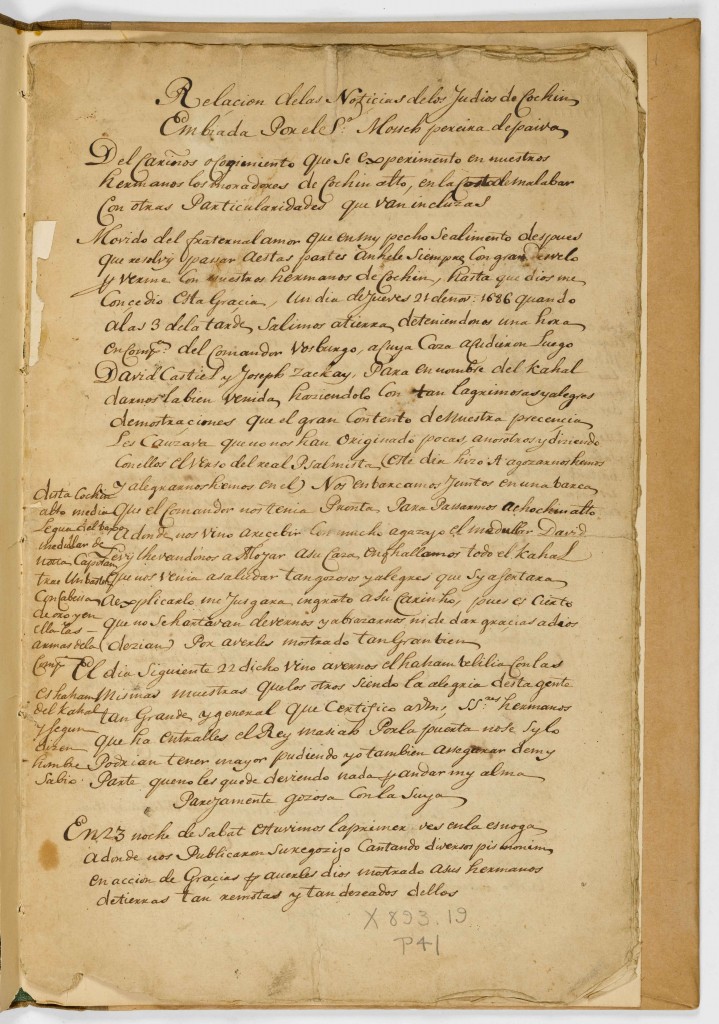 The manuscripts relating to Jewish Studies in the Columbia University Libraries are not limited to those in Hebrew.  This manuscript, written in Spanish in the 17th century, describes one of the far-flung communities of the Jewish diaspora: that of Cochin, India.  The author of the manuscript, Moses Pereyra de Paiva, traveled to Cochin with his friends, and wrote the story of his travels in this book, called Relacion delas noticias delos Judios de Cochin.  The printed edition first appeared, in Portuguese, in the city of Amsterdam, in 1687, followed by a Spanish translation.

CUL has a number of Spanish and Portuguese manuscripts produced in Amsterdam by Jews and Crypto-Jews who fled the Iberian Peninsula after the Expulsions in 1492 (Spain) and 1497 (Portugal), and throughout the period of the Inquisition.  (Keep an eye out for a special announcement relating to manuscripts in this genre!)

Update: Due to discussion in the comments, I have added an image from MS Plimpton Hebrew 004, a manuscript which describes the Jews of Cochin in Hebrew, below. 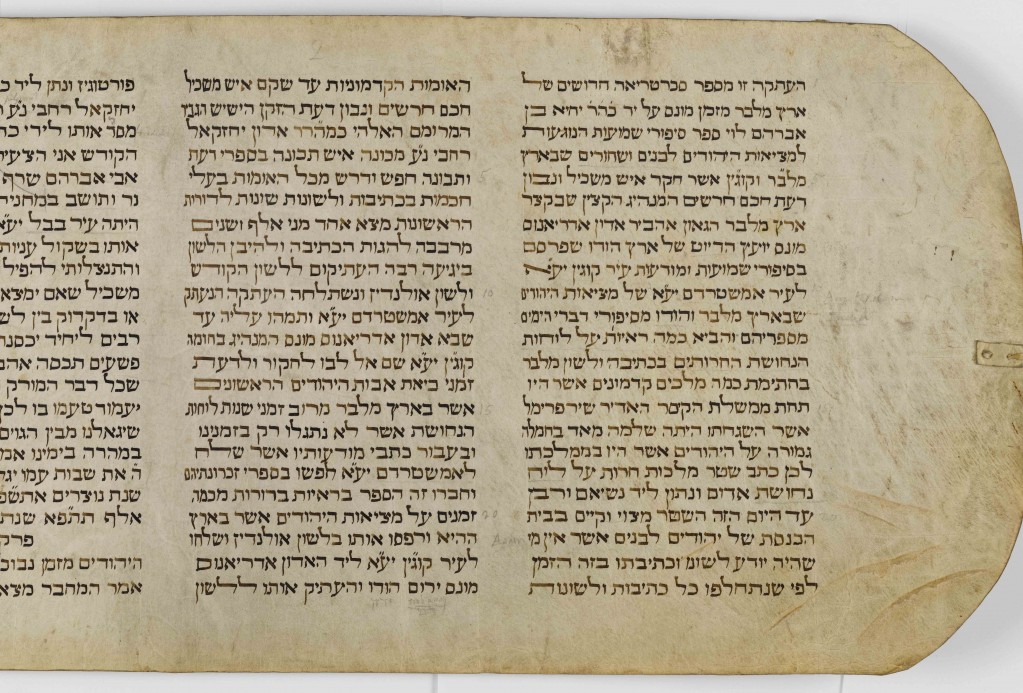