CUL is proud to announce the recent acquisition of two new manuscripts, both dealing with Sephardic Jewry, which were sold at a recent Kestenbaum and Company sale as part of the Alfonso Cassuto collection. 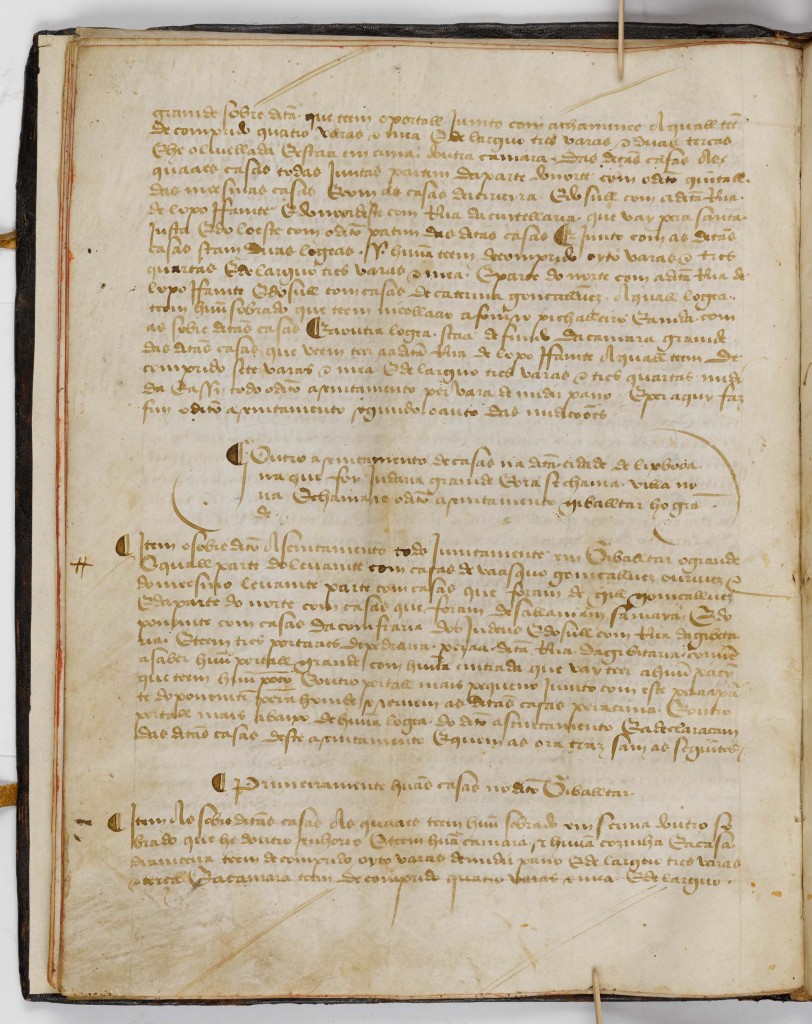 The first manuscript, from 1506 (left), is critical for the history of the Jews in Portugal.  The manuscript contains a register of properties owned by the "Count of Viana and Governor of the City of Septa."  This Count owned the areas which had been settled by the former Jewish community of Lisbon before their expulsion from Portugal only nine years earlier.  The manuscript describes the locations of the synagogue and other community buildings that were used by the Jewish community.  It is a critical manuscript for research in the pre-expulsion history of the Jews of Portugal.

This manuscript has recently been digitized to allow scholars from around the world to be able to use it in their research.

It has been cataloged as General MS 221.

The second manuscript is a satire called Entermientos Gustozos, o Dialogos Burlescos, Entre un Judio, Turco, Reformado, y Catolico.  Authored by Abraham Gomez Silveira, a poet in Amsterdam in the early 1700s, the text describes a debate between a Jew, a Turk, a Protestant, and a Catholic, where each attempts to prove the supremacy of his own religion.  This manuscript was cited by Columbia professor Jonathan Schorsch in his Swimming the Christian Atlantic: Judeoconversos, Afroiberians and Amerindians in the Seventeenth-Century Iberian World (available electronically here or in Butler stacks: BR440 .S46 2009).

The manuscript has been cataloged as General MS 222.