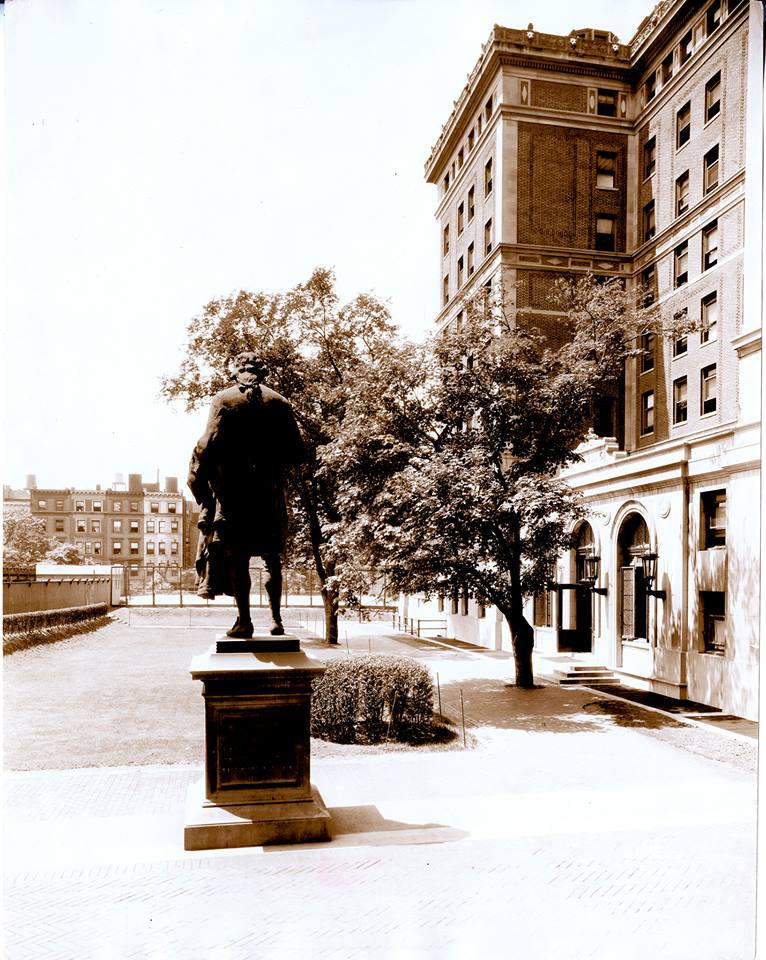 University Archives, in RBML, recently released this archival photograph showing the back of Thomas Jefferson by William Ordway Partridge (1861-1930). This statue of the third President of the United States, shown as a young man, was modeled in plaster by Partridge in 1901 and cast in bronze in 1914 by Roman Bronze Works, Inc., a New York-based foundry. The sculpture was a gift from the estate of Joseph Pulitzer and supplemented by public subscription. It was installed outside the Graduate School of Journalism and unveiled on June 4, 1914, making it a companion work to Partridge’s statue of Alexander Hamilton, located outside Hamilton Hall. Jefferson stands on a granite pedestal and measures 14 feet in height. The original plaster model, at 20 5/8 inches in height, is in the permanent collection of The New-York Historical Society.