Now you have a rough idea of the process of integration and huge presence of yōga (foreign films) in Japan and how they reflected the status of the post-war cultural revolution in Japan. While the archival processing is underway, we will look at one lovely example of ephemera, an LP record-sized leaflet, which could also serve as the cover for the soundtrack that was released at the same time as an Italian popular crime-comedy film, “Sette uomini d’oro (Seven Golden Men),” which was directed by Marco Vicario (1965).

In the 1950’s and 1960’s, records became popular in Japan, and film ephemera from this era can often be seen in this form. It is interesting to see how differently film ephemera represented one film, due to corresponding trends or Asian perspectives. Film ephemera show us how films were promoted in order to appropriately appeal to audiences in each cultural setting. 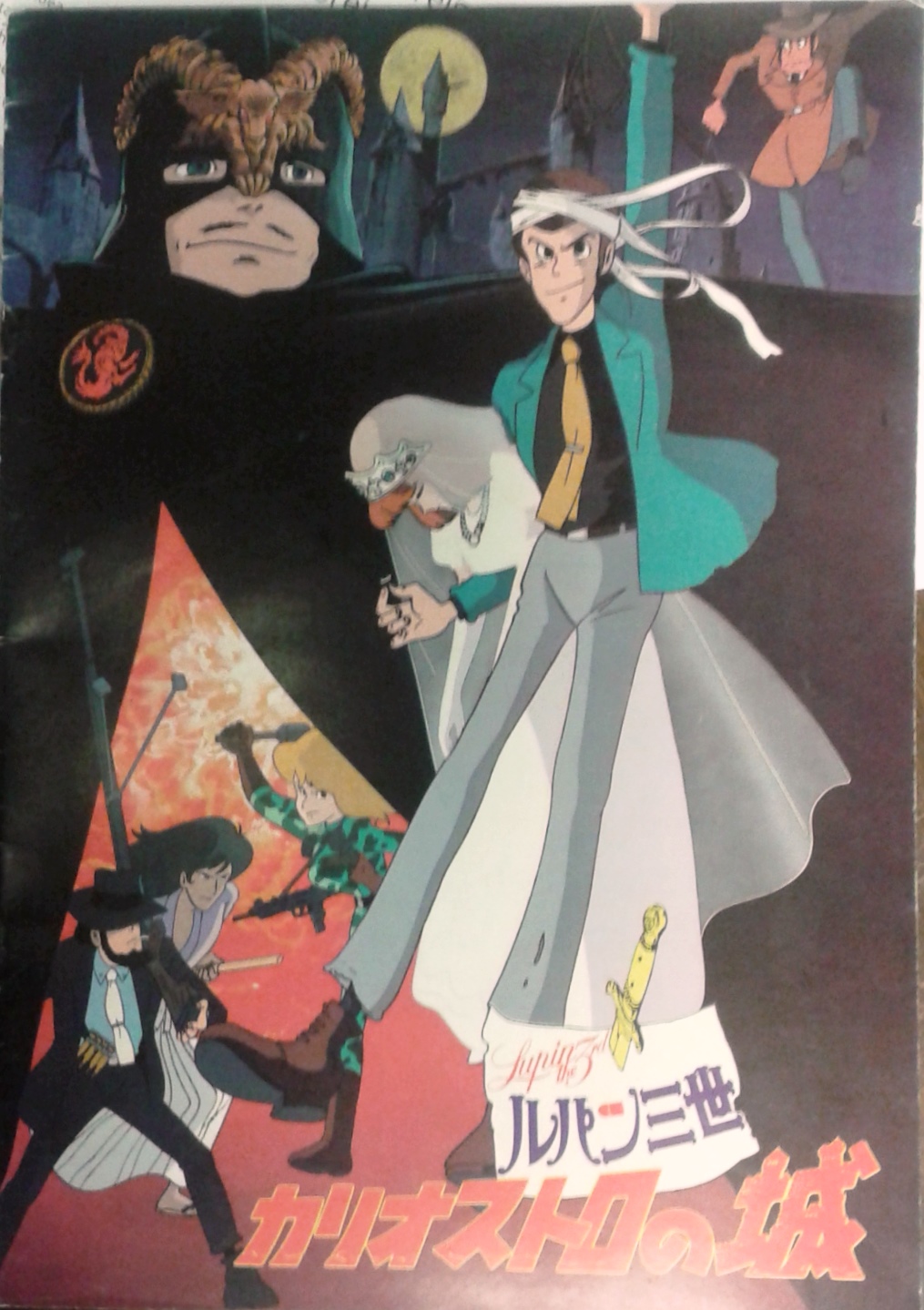 Japanese anime film program. LUPIN THE THIRD: THE CASTLE OF CAGLIOSTRO/Lupan sansei: Kariosutoro no shiro (1979), directed by one of the greatest animation directors in Japan, Hayao Miyazaki. The action sequences have influenced lots of productions; they have been highly praised by Steven Spielberg, and an influence on his films, such as Indiana Jones

This Vicario film became one of the models for a famous Japanese manga/anime series, Lupin the Third (Rupan sansei), created by the manga artist Monkey Punch (Katō Kazuhiko). Lupin the Third was first published as manga in 1967, and then later animated for TV, cinematized, and even recreated as video games in the 1970’s due to its huge popularity.

Interestingly, the author was strongly influenced by the drawings of American comic artist Mort Drucker, as well as American humor magazine Mad. And Lupin the third is the grandson of the fictional gentleman thief, Arsène Lupin, which was created by a French novelist, Maurice Leblanc. James Bond, of popular spy movies, was his model. Inspector Kōichi Zenigata, the long standing rival of Lupin, was created to make him and Lupin a human “Tom and Jerry,” an American animation. Femme fatale Fujiko Mine was created to be Lupin’s Bond girl. Samurai Daisuke Jigen was based on James Coburn, from the 1960 American Western, The Magnificent Seven. Monkey Punch, the author, was also inspired by The Three Musketeers and the films of Alfred Hitchcock, and his creations reflect their influences. I could tell you plenty more of his influences, but I don’t want to bore you.

The completely new style of hybrid manga, which artfully adapted charming aspects of foreign cultures, was extremely well-received not only in Japan; this made-in-Japan product was translated into many languages and appreciated the world over. In reverse, the manga series and films have been quite influential on other productions in the world as well. Even now, its popularity continues; this manga series is always highly ranked in nation-wide surveys. END_OF_DOCUMENT_TOKEN_TO_BE_REPLACED