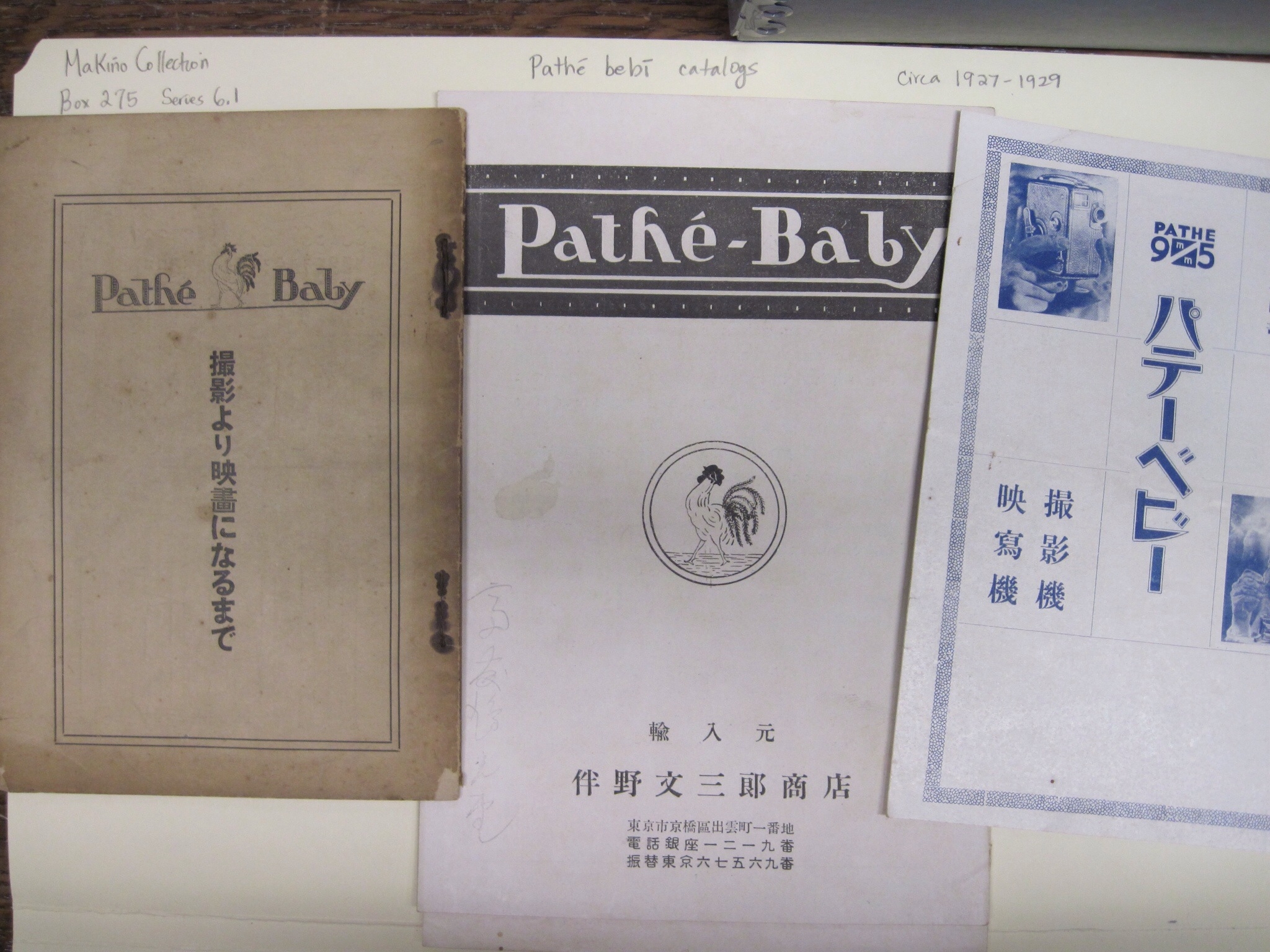 Today, when teenagers and street demonstrators can document their activities through their phones and instantly upload photos or digital video or share them through email (and then blog about them), one cannot help but be struck by the transformative power of such technology.  In the archive, it is fascinating to see what can perhaps be argued as the birth of amateur film (film scholars can correct me on this). Through the early camera catalogs that offered the cameras for sale to those who could purchase them, one can see the potential access to film-making and what that might have meant.  The Pathé Baby home film system from the Pathé-Cinéma camera equipment company used cameras with smaller gauges and was first imported to Japan in 1924. The 8mm camera was introduced in 1932.

The Makino Collection includes Pathé bebī/パテーベビー camera catalogs from the 1930s (see above image) as well as many magazines and books related to amateur film in Japan. This is a  great area for historical research – whether one is interested in the technical aspects of early film-making, the social and political environment in which amateur films were made, or even the cultural aspects – the art of the films in Japan. The amateur film movement included people who made "home movies," and used small gauge cameras (kogata eiga/小型映画, 8mm, 9.5mm and 16mm).  Many of these filmmakers were also associated with the Proletarian Film League of Japan (日本プロレタリア映画同盟,/Nihon Puroretaria Eiga Dōmei or "Prokino"), as well as with documentary film (culture films (bunka eiga or kiroku eiga) in Japan. (See Nornes, Abé Mark (2003). Japanese Documentary Film: The Meiji Era through Hiroshima. Minneapolis: University of Minnesota Press). The Makino Collection does not contain the films (reels) made by Prokino, but it does have many of the group’s publications as well as writing by member and film critic Iwasaki Akira and others.  There are 11 archival boxes with 80 folders of amateur film items in the series covering amateur film and small gauge film in the Makino Collection (Series 6 Subseries 1). There are 12 archival boxes with 82 folders of proletarian film movement materials (Series 6 Subseries 12), and more than 20 archival boxes for documentary film materials (Series 6 Subseries 7). I am still adding to this section.

Here is the cover of a fantastic manga (comic), 8 miri Hacchan, by author Hara Yasuo/原やすをfrom Nov. 1946 about a boy who shoots his own film with his 8 millimeter camera. Here he captures the movement of a worm, what else might he learn about the world? 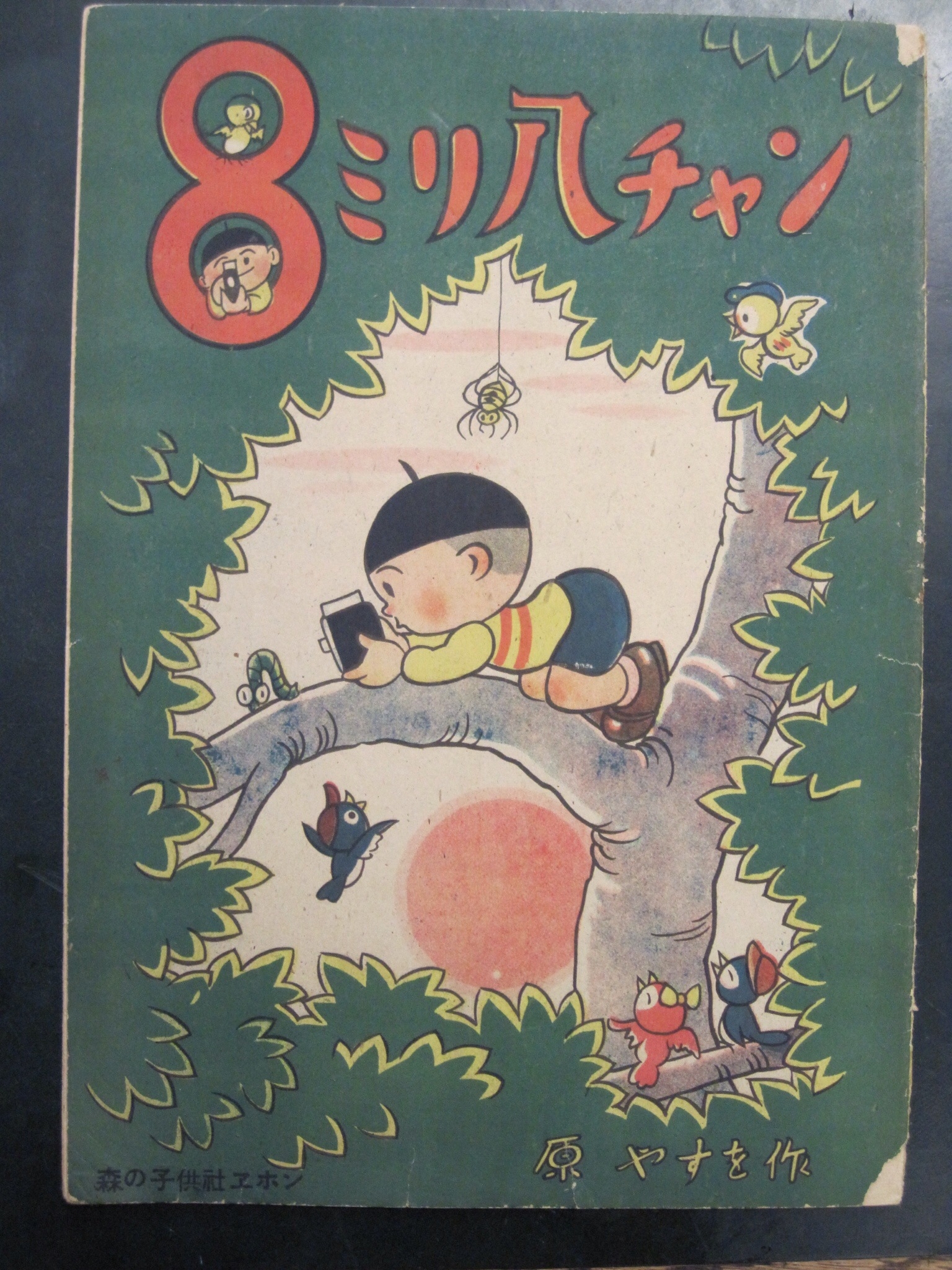 Here are 2 issues of a kogata eiga magazine, Baby Cinema, published the same year the Chrysler Building in NYC was completed – 1930.