Upon receiving work-study as a second semester, first year M.A. student in April, I had no idea that working at the Burke Library would not only be a learning opportunity, but also an adventure. Although I’ve had prior experience working at my hometown’s library in high school, little did I know that being a part of this specific community would change the way I look at how much work goes into maintaining and improving the books and documents that have been entrusted to Burke.

I take much pride in the fact that I gained the privilege to work in my Seminary’s library. Not only does it hold one of the largest collections of theological and contextually related areas of research in North America, but the staff members may be some of the most helpful and inspiring people you could work with. After doing some work as an administrative assistant, to now working at the circulation desk, I have encountered an exciting (and sometimes erratic!) range of people. There are patrons who have started conversations with me on topics such as their work in non-profits or traveling across the world for causes such as HIV/AIDS prevention; and on the other hand, I’ve seen patrons unsuccessfully attempt to sneak all types of food into Burke, power walk laps around the second floor, and display many other peculiar types of behavior, but thankfully, these are the types of experiences that make it all worthwhile.

Aside from the comical experiences I’ve had working at the circulation desk, I must say that my experience in archives working with Brigette and Ruth since May has been one of theological enrichment, intrigue, and endless knowledge. I was astonished to see with my own eyes, and touch with my own hands the revolutionary history that Union Theological Seminary has taken part of since its early history and into the present time. From renowned scholars, activists, missionaries, church leaders, and committees, the archives contained in Burke’s catalog are so mind-blowing that it would take years to discover every bit of its caliber. As I worked with Brigette and her interns on processing and organizing the Missionary Research Library collection, I came across many documents that challenged my beliefs and views, but the fact that I got to see first-hand letters, photographs, pamphlets, and journal entries sparked a peculiar flame in me. How exciting it is to see specific individuals or groups of people that have created history which has directly influenced our work today. Yet, the interesting thing about history is that the people who usually make it have no idea that their life and works were history in the making. There were organizations, preachers, and educators who I would have never heard of if it were not for my work on the fourth and fifth floor of Burke.

The passion and love that each member of the Burke staff possesses is highly evident. It is commendable that while sorting through collections for Ruth and Brigette, they are able to not only guide and instruct me through what I am assigned to do, but the breadth of background knowledge they provide is remarkable. I am able to put what I am working on into context and luckily many of the people and cultures I have learned about happen to intersect with the subjects I am studying for my classes. It is also encouraging to know that the findings within certain collections that have not been uncovered for decades (due to many causes such as water damage, controversial findings, etc.) are not completely tossed into obscurity or carelessly thrown away. Many rediscovered documents and reports are necessary for scholarship today and it says a lot about the value of a theological education. I look forward to finishing my last year as a seminary graduate student under the care of the Burke library community and its caring staff!

I just finished processing my first collection at the Burke Library and I am filled with excitement but also with anxiety. While the hard work of describing and arranging is over, the finding aid needs to be evaluated and then made available to the public. The idea that this document will be made public terrifies me but my function as a facilitator of the historical record is an honor. Thus, archivists (or in my case archivist in training) take the job of providing access seriously and perform a lot of steps prior to providing access to a finding aid. After all, “with great power comes great responsibility.”

The collection I have been working on is the National Workshop on Christian Unity records which consists of 8 archival boxes or about 3.75 linear feet. Compared to the size of other collections at the Burke this is a fairly small collection and can be at first glance discounted as one with superficial value. But after spending a few weeks analyzing and arranging its contents I believe that there are many things that we can learn from this series of records. As part of my preliminary processing I was asked to evaluate the collections’ research potential and its value to the Burke Archives. This was a valuable exercise because thinking about what the collection had to offer influenced the care that I took handling, describing and arranging the records. It also provided a good framework with how these records fit into a discourse, in this case, that of ecumenism. What can a varied collection of speeches, financial reports, agendas and minutes tell us about the organization that created them? What do they tell us about the movement?

But more importantly, what do they tell us about the interaction of that movement with the socio-political environment? There are many things that we can learn from this information; primarily we learn that the ecumenical movement is dynamic and is dependent on society. One of the things that I found interesting was the workshops’ origin in the Vatican II council. It was interesting to think of why in the 1960s, the Catholic Church thought it necessary to address Christian unity and promote a more progressive view of Christianity. When we put Vatican II and the National Workshop on Christian Unity in context we realize that the church is affected by its surroundings. The 1960s was a time of revolution, a time of unimaginable discoveries and unprecedented steps. The church was not exempt from this. The National Workshop on Christian Unity records contain, for example, speeches and correspondence addressing issues such as busing, inter-faith relations and interracial relationships.

Another factor I dealt with in processing this collection was the way in which organizations and individual people documented their own history. The collection starts with the first conference in 1964 and extends until 2008. The influence of technology is evident through the introduction of email correspondence in filing materials as well as multi-media including picture and audio cds. Furthermore, some files were contributed by staff that took care in preserving the organizations history.

Overall, the National Workshop on Christian Unity can reveal a lot more than thoughts on ecumenism. As I inventoried the records and assigned an arrangement, I thought about the stories that can found within the lines of the contents list. As one goes through each box one can virtually take a journey across time and space and travel from Baltimore, Maryland in 1964 to Chicago, Illinois in 2008. One also can note the story of people working together in local and national settings, in committees and subcommittees across the country to create an event that promotes collaboration and unity. It is powerful that a single record can say so much about the context in which it was created when it is arranged in a particular order. I have learned a great deal in this first month at the Burke Library and I am looking forward to learning many more lessons.

On August 11, 1949, Emma Baily Speer sent an invitation to Dr. Pierce Beaver, curator of the Missionary Research Library, requesting that he and his wife pay her a cordial visit in Connecticut to look over the materials in her late husband’s library:

Robert Elliot Speer had passed away two years earlier at the age of 80 after a long and successful career as a lay leader in public ministry and foreign missions work, and the Missionary Research Library at Union Theological Seminary had expressed an interest in possibly obtaining some of his papers for their collection.  Speer had served on the Presbyterian Board of Foreign Missions for 46 years, and had been involved in a number of ecumenical efforts including the Foreign Missions Conference of North America and the Federal Council of Churches.

Dr. Beaver and his wife happily accepted the invitation to visit in early September, and shortly thereafter, wrote to Mrs. Speer:

It was in this correspondence that Beaver requested the acquisition of a large number of materials on behalf of the Missionary Research Library.  He wrote,

Indeed, Robert Speer’s library contained an impressive number of bound and indexed volumes of pamphlets, reports, newsletters, and correspondence related to the wide variety of topics that had occupied his work throughout the course of his career: missions in China, Japan, Korea, India, Persia, the Middle East, and Latin America; the Student Volunteer Movement; the Jerusalem Conference, World War II; the Sino-Japanese Conflict; international peace efforts; race relations; missionary policy; and biographical materials of foreign missionaries.  The earliest items in the collection date back all the way to 1795, spanning over a century of print materials.  The theological diversity of these pamphlets serve as testament of Speer’s ecumenical commitment, and reflect the cacophany of voices present in the fundamentalist-modernist controversies of the early 20th century.

In the end, over 400 hand-bound volumes were acquisitioned by the Missionary Research Library.  Speers’ daughter Margaret expressed much gratitude on behalf of her family that the materials would go to good use:

Unfortunately, the Missionary Research Library has been closed to the public since 1967, and so these books have remained unavailable for decades, collecting dust on the shelves of a large storage room in Union Theological Seminary’s Brown Tower.

Today we are happy to announce that the Robert E. Speer collection has now been fully catalogued within Burke Library archives, and is once again available for perusal.  Those with an interest in researching subject matters related to religion and international politics from the turn of the twentieth century to the aftermath of World War II will find a wealth of information and insights within this vast collection.

The finding aid for the Robert E. Speer collection may be found online at: http://library.columbia.edu/content/dam/libraryweb/locations/burke/fa/mrl/ldpd_10503782.pdf 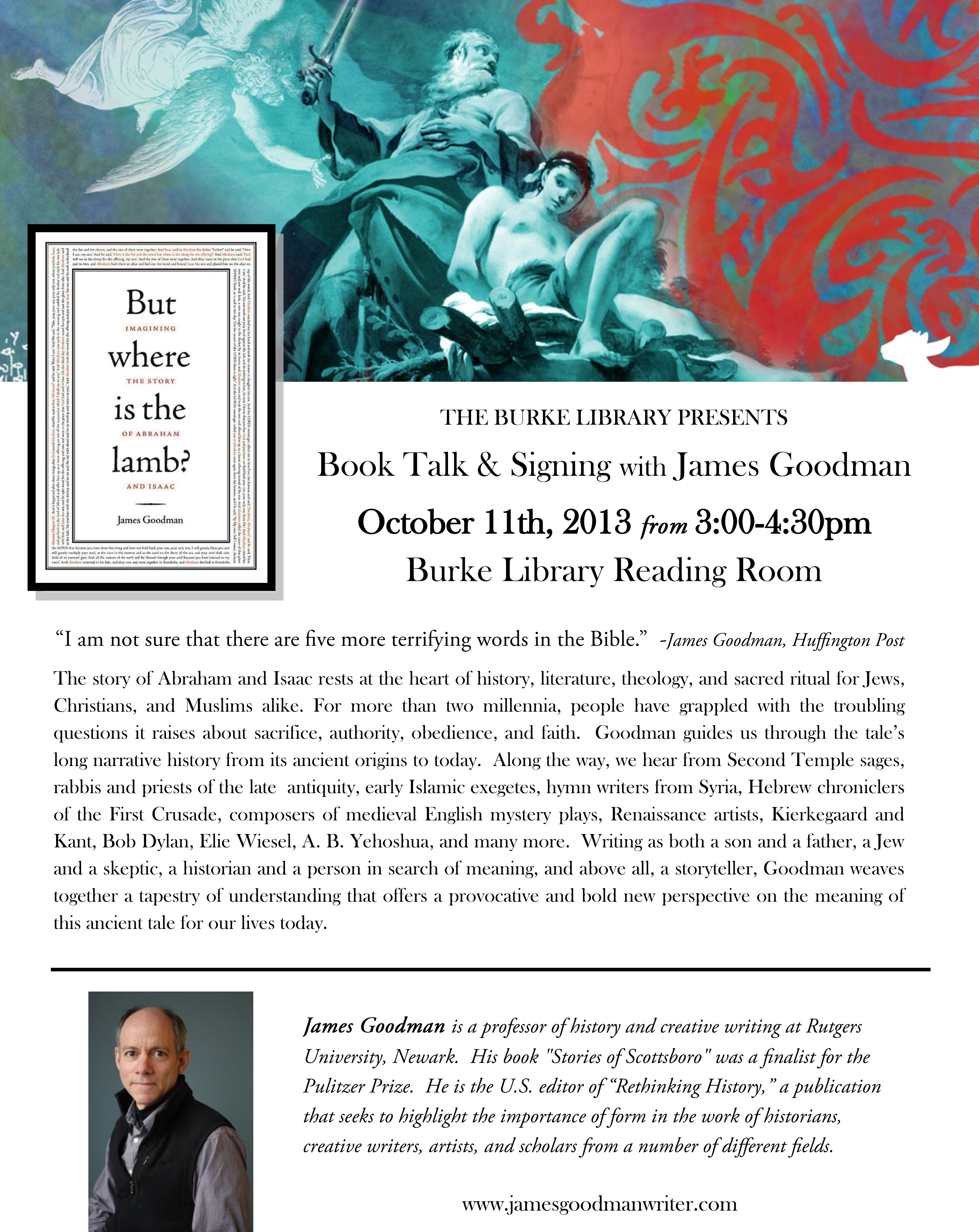