As a recent graduate in art history and archaeology, I am thrilled to be employed as the Burke Library’s circulation and reserves desk assistant. Prior to this job, I worked as a general assistant at Avery Architectural and Fine Arts Library.

As someone who grew up in Queens, libraries have been important in my life. Queens Library is one of the largest libraries in the United States in terms of patronage as well as collection size. When I was younger, I would wander/circumambulate the labyrinths of books at Flushing Library and marvel at the worlds contained within the library. When I would read there, I would marvel at all the desires that were coming to fruition in that space. Fellow patrons would be ravenously learning English, perusing comics, or studying to reach their professional goals.

I believe that libraries are essential radical spaces of resistance. As (relatively) public, free spaces, they stand in opposition to “productive” spaces of consumption. What particularly intrigues me about research libraries, such as the Burke, is the way they are inhabited by specific knowledge communities/worlds. Despite the five-minute walk from Burke to Avery, the set of concerns and questions of the Burke’s collection and patrons are worlds apart from that of Avery’s.

Since starting my job in late August, I have been enjoying getting to know patrons, student
workers, and different Union spaces. Patrons and student workers have diverse interests ranging from theological pedagogy to religious textual performance studies. I attended the “Do not die” chapel as well as the people of color blessing. While both drew from religious traditions I do not belong to, I found them to be powerful, cathartic reflections on the grave injustices of the contemporary world. 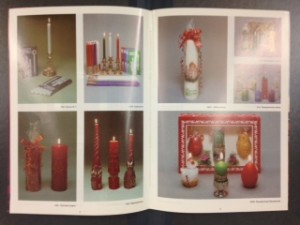 My favorite part of my old job at Avery was creating novel situations with patrons. An Avery denizen/food theorist/architecture critic and I would potlatch our lunches of parsley potato soup and zucchini/shiitake spring rolls (not in the library of course). I am excited to develop different languages of play with Burke patrons and colleagues so as to activate the small pocket of resistance that is a library.