On June 24th , Avery Library welcomed the office of G. P. Schafer Architect for a viewing of materials from special collections.The evening focused on American domestic architecture, emphasizing the neoclassical and vernacular influences of interest to Mr. Schafer’s firm. 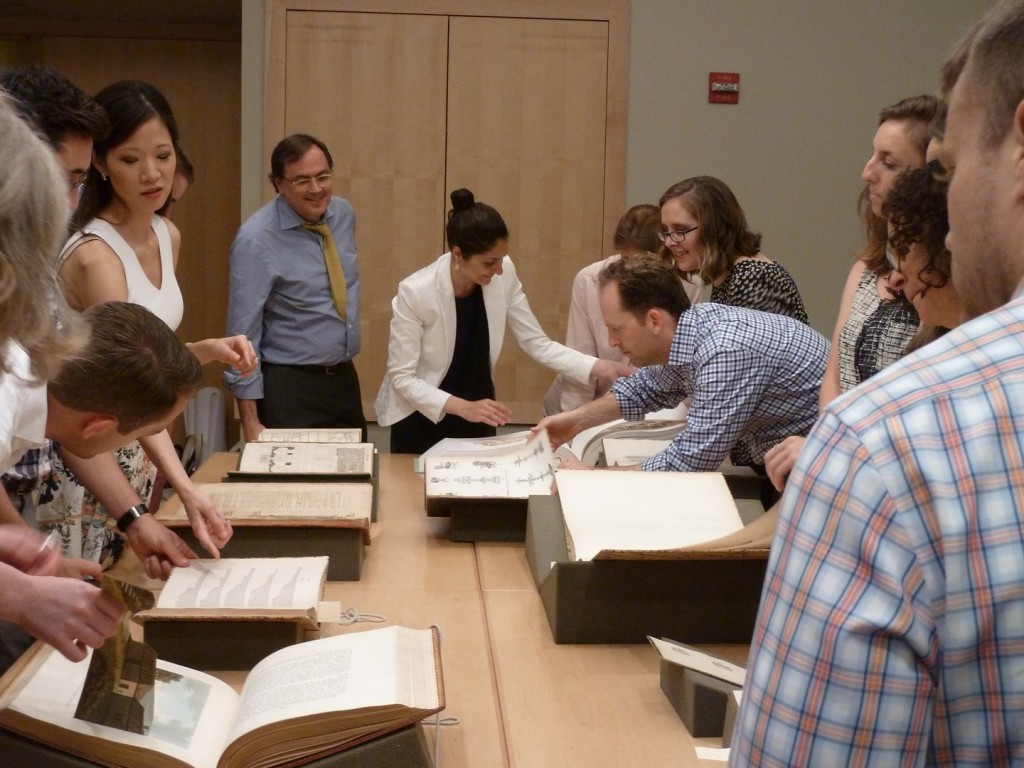 Avery Classics presented a selection of books that a traced a narrative from the earliest American treatises on architecture through the heyday of nineteenth-century domestic pattern books and culminated in The House Beautiful, a volume designed by Frank Lloyd Wright for a text written by the Unitarian minister, William Channing Gannett. Drawings & Archives featured an in-depth look at drawings and photographs from the archive of Charles Platt, one of the leading practitioners of American neoclassicism and architectonic garden design at the turn of the twentieth century. In 2011, Mr. Schafer’s firm renovated Boxwood, a residence designed by Platt almost a century earlier outside Nashville, Tennessee. 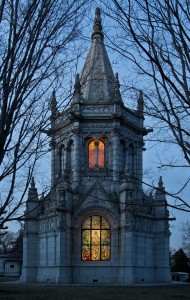 The Sylvan Cemetery exhibit at the Wallach Art Gallery (September 3-November 1, 2014) marked the 150th anniversary of Woodlawn Cemetery and celebrated the Cemetery’s 2006 gift of its archive—the most complete set of 19th– and 20th–century cemetery records held in the public trust -– to the Avery Architectural and Fine Arts Library. Sylvan Cemetery highlights the renowned architects, artists, artisans and landscape designers whose work has come to define The Woodlawn Cemetery, which was designated a National Historic Landmark in 2011 for the significance of its art and architecture.

The award-winning exhibition catalog, co-published by Columbia University’s Avery Library and The Woodlawn Conservancy, is available for purchase online  and to libraries through Worldwide Books.