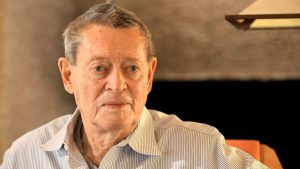 Avery Architectural & Fine Arts Library and MoMA are pleased to announce the opening of a co-presented exhibition, Frank Lloyd Wright at 150: Unpacking the Archive, June 12 – October 1, 2017 at the Museum of Modern Art.

Drawing on the expansive Frank Lloyd Wright Foundation Archive, jointly acquired by Avery and MoMA in 2012, the exhibition comprises approximately 450 works made from the 1890s through the 1950s, including architectural drawings, models, building fragments, films, television broadcasts, print media, furniture, tableware, textiles, paintings, photographs, and scrapbooks, along with a number of works that have rarely or never been publicly exhibited.

Frank Lloyd Wright was one of the most prolific and renowned architects of the 20th century, a radical designer and intellectual who embraced new technologies and materials, pioneered do-it-yourself construction systems as well as avant-garde experimentation, and advanced original theories with regards to nature, urban planning, and social politics. Marking the 150th anniversary of the American architect’s birth on June 8, 1867, Frank Lloyd Wright at 150: Unpacking the Archive, critically engages his multifaceted practice.

Taliesin West was established in 1937 as Wright’s winter home, studio and campus for the Frank Lloyd Wright School of Architecture.

The Frank Lloyd Wright Foundation recently released the Preservation Master Plan for this U.S. National Historic Landmark. Gunny Harboe, preservation architect and founder of Chicago-based Harboe Architects, and the plan’s primary author, will present the major tenants of the Taliesin West plan. Mr. Harboe has overseen preservation of some of Wright’s most significant sites including the Robie House and Unity Temple.

The Bruce Brooks Pfeiffer lecture series honors the work of Mr. Pfeiffer, a widely recognized expert on Wright and author of numerous books on Wright’s life and works. Mr. Pfeiffer studied architecture at the Ecole Nationale de Beaux Arts and was  apprentice to Wright from 1949-1959, and to Olgivanna Lloyd Wright from 1959-1987.

Upon Wright’s death in 1959, Mrs. Wright gathered the archive of his work at Taliesin West, thereby preserving and keeping intact the visual and textual legacy of one of history’s great architectural geniuses. It was an unprecedented action, since architectural archives of such size and scope for a single architect did not exist at that time. Bruce Brooks Pfeiffer, as Director of the Frank Lloyd Wright Archives, curated and organized the archives from 1959-2012.

Noted Wright scholar Anthony Alofsin will present "Frank Lloyd Wright and His Taliesin Letters" on October 8, 2013 at 6:30 PM in Butler Library room 523. This is the first in a series of lectures on Wright focusing on the extensive Frank Lloyd Wright Foundation Archives jointly acquired by the Avery Architectural and Fine Arts Library and The Museum of Modern Art in fall 2012. Alofsin is author of some of the most highly-regarded books on Wright, as well as curator of Wright exhibitions.  This lecture celebrates this fall's opening of the Wright archives at Avery for research.

Anthony Alofsin, the Roland Roessner Centennial Professor in Architecture, Professor of Art and Art History, The University of Texas at Austin, will discuss the extensive Wright correspondence now held at Avery, and his much consulted five-volume reference work, "Frank Lloyd Wright: An Index to the Taliesin Correspondence."
Lecture will be followed by reception.

Please join us to view highlights of Avery's acquisitions this year including a selection of works by Hugh Ferriss, Frank Lloyd Wright, John Russell Pope and others.

Sponsored by Avery Friends & the Friends of the Columbia University Libraries

That this event happens to coincide with the date of Wright's death in 1959 is a fitting tribute to his legacy, celebrated by Avery and MoMA's  co-acquisition of the Archives in September 2012

Since that time Avery, MoMA and the Frank Lloyd Wright Foundation staff have been working together to plan and implement moving the extensive Archives from Taliesin West to Avery Library. This first shipment includes more than 25, 000 drawings, 300,000 correspondence and 44,000 photographic works.

While the Archives is en route from Taliesin West to New York, it will not be available for consultation. We expect this temporary access hiatus to extend from March – August 2013 as staff work to move the Archives to its new repository at Avery Architectural and Fine Arts Library. We anticipate several additional moves of Archives materials over time and will make materials available for research consultation incrementally as the material is received into Avery and processed.

He was Wright's exclusive photographer for the last 20 years of Wright's life.

Detail of  the 1987 Reunion of the Taliesin Fellowship (left)
Pedro E. Guerrerro (top)
Edgar Tafel (below)

Letter from the Frank Lloyd Wright office to Pedro Guerrero

1987 Reunion of the Taliesin Fellowship (below)