When Europeans became intrigued by the exotic in the sixteenth century, they began building systematic, even obsessive compulsive collections of natural, unusual, or rare artefacts gathered from all over the world.    Known as Wunderkammer or Cabinets of Curiosities, these collections became increasingly popular over the next several centuries, yielding insights into the attitudes of collectors about the exotic and the primitive.  Cabinets of curiosities assembled in the sixteenth, seventeenth and eighteenth centuries still hold a fascination for contemporary scholars and viewers.  Today artists incorporate the concept in their own works.  See, for example, Orhan Pamuk’s catalog of his Museum of Innocence, the catalog on Oskar Kokoschka’s own Wunderkammer, and Daniel Spoerri’s creation of a Wunderkammer for a museum exhibition.  Most recently, museum and interior designers have begun assembling their own cabinets of curiosities as described in the article by Barrett and the book by Davenne.

HISTORICAL:
1.
Author:   Seba, Albertus, 1665-1736.
Uniform Title: Locupletissimi rerum naturalium thesauri.
Title: Cabinet of natural curiosities : locupletissimi rerum naturalium thesauri 1734-1765 : based on the copy in the Koninklijke Bibliotheek, The Hague .
Publisher/ Date:  Köln ; London : Taschen, c2001.
Avery-LC  QH41 .S42 2001g F
Albertus Seba’s Cabinet of Natural Curiosities is one of the eighteenth century’s greatest natural history achievements and remains a celebrated natural history book today. Amsterdam-based pharmacist Seba (1665-1736) was unrivaled in his passion for assembling a collection of animals, plants, and insects from around the world.  His collection brought him international fame during his lifetime.  In 1731, after decades of collecting, Seba commissioned illustrations of every specimen and arranged for the publication of a four-volume catalog of strange and exotic plants, snakes, frogs, crocodiles, shellfish, corals, birds, and butterflies, as well as fantastic beasts, such as a hydra and a dragon.  His scenic illustrations, often mixing plants and animals in a single plate, were unusual even for the time. The more peculiar creatures from the collection–some of them now extinct–were as curious in Seba’s day as they are today.  (Revised from publisher’s description) 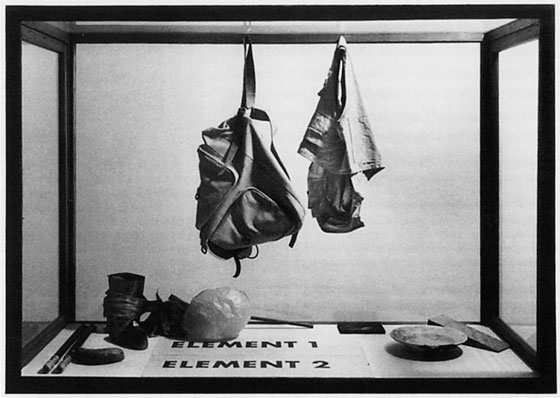 Wunderkammern illustrates cabinets of curiosity from the eighteenth century to today. Author Gabriele Bessler analyzes the historical phenomenon and shows how contemporary artists have responded to it with new configurations.  Wunderkammern were both gathering places and a forum for attempting to decipher the secrets of nature.   Regarding the Wunderkammer as a phenomenon of perception, Bessler discusses contemporary installations and environments through the work of Joseph Cornell, Joseph Beuys, Andrea Zittel and Olafur Elisasson , as well as the detailed documentation of the Stuttgart exhibition series "Art Space Wunderkammer."  The appendix provides an overview of the major German cabinets of curiosities that have been preserved or reconstructed. (Revised from publisher’s description) 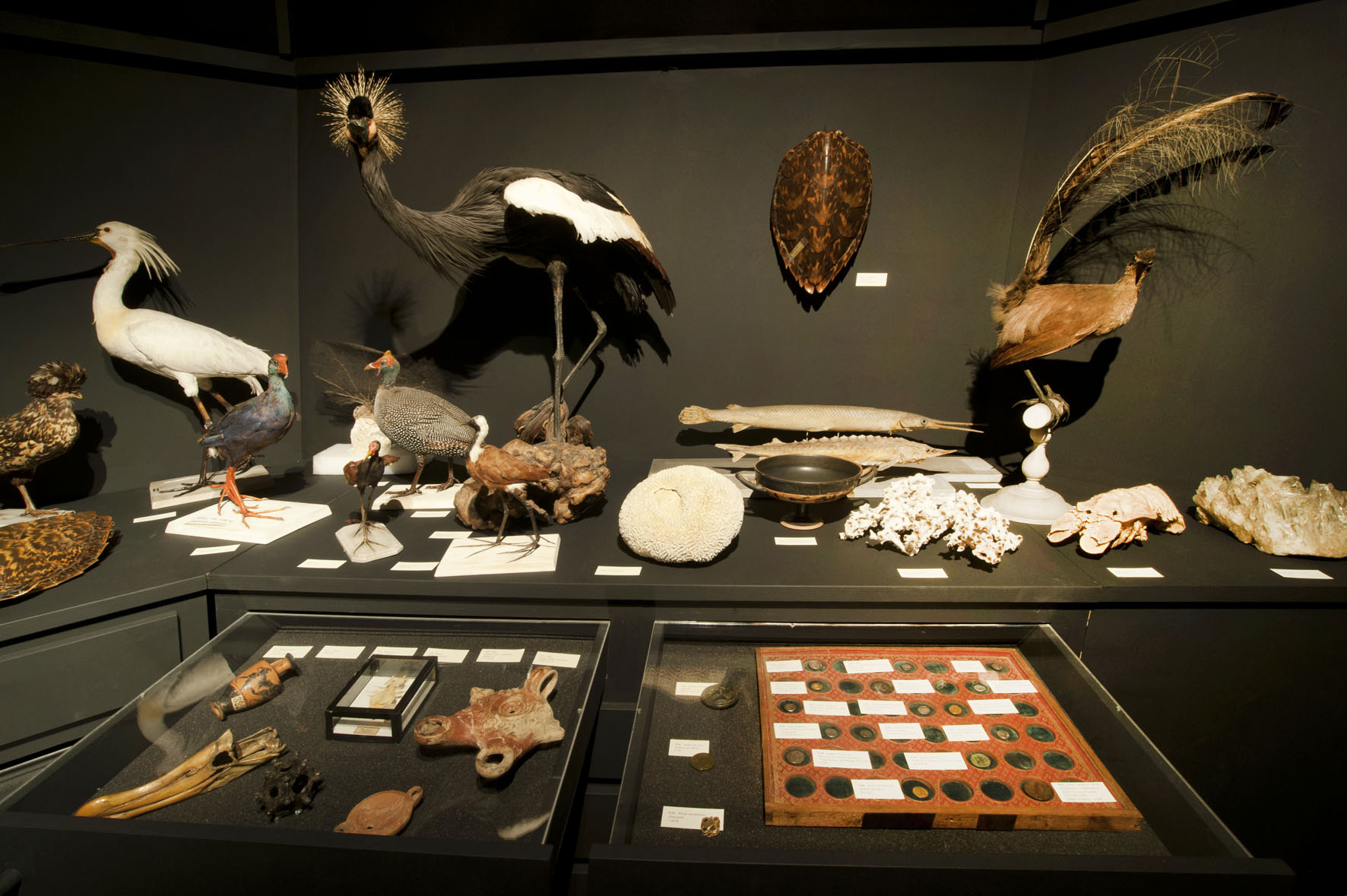 4.
Uniform Title: Kunstkammer, Laboratorium, Bühne. English.
Title: Collection, laboratory, theater : scenes of knowledge in the 17th century / edited by Helmar Schramm, Ludger Schwarte, Jan Lazardzig.
Published: Berlin ; New York : W. de Gruyter, c2005.
Avery AA510 K966
This volume examines the role of space in the construction of knowledge in the early modern age. Wunderkammern, laboratories and stages arose in the seventeenth century as instruments of research and representation.   The book considers the institutional framework of these spaces and their placement within the history of ideas, their architectural models and the modular differentiations, and the scientific consequences of particular design decisions.  This volume is the English translation of Kunstkammer, Laboratorium, Bühne (de Gruyter, Berlin, 2003). (Revised from publisher’s description) 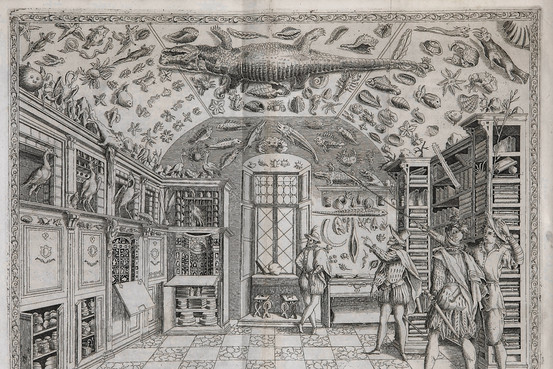 Title:  Rooms of wonder : from Wunderkammer to museum, 1599-1899 : an exhibition at the Grolier Club, 5 December 2012-2 February 2013 / curated by Florence Fearrington.
Publisher/ Date:  New York : Grolier Club, 2012, c2013.
Avery-LC : AM221 .R66 2012g
Published to accompany the exhibition "Rooms of Wonder: from Wunderkammer to Museum, 1599-1899," this volume focuses on the beautiful and elaborately illustrated catalogues produced by collectors over three hundred years to celebrate their "cabinets of curiosities." (Revised from publisher’s description) 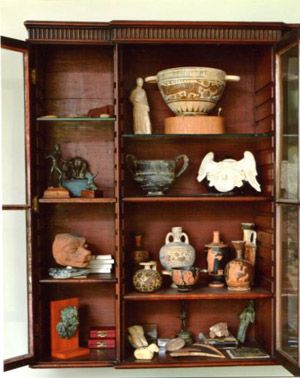 Author:  Spoerri, Daniel, 1930-
Title:  Daniel Spoerri : Historia Rerum Rariorum.
Publisher/ Date:  Flensburg : Museumsberg ; Bielefeld : Kerber, 2013.
Avery-LC: N7153 .S66 A4 2013h
Daniel Spoerri transformed the Heinrich-Sauermann-Haus on Flensburg’s Museumsberg into his own personal Wunderkammer.  The title of this show and catalogue, ’Historia Rerum Rariorum’, is derived from typical seventeenth-century Wunderkammer.  It brings together a selection of Spoerri’s works from the past two decades with a number of more recent pieces.  (Revised from publisher’s description) 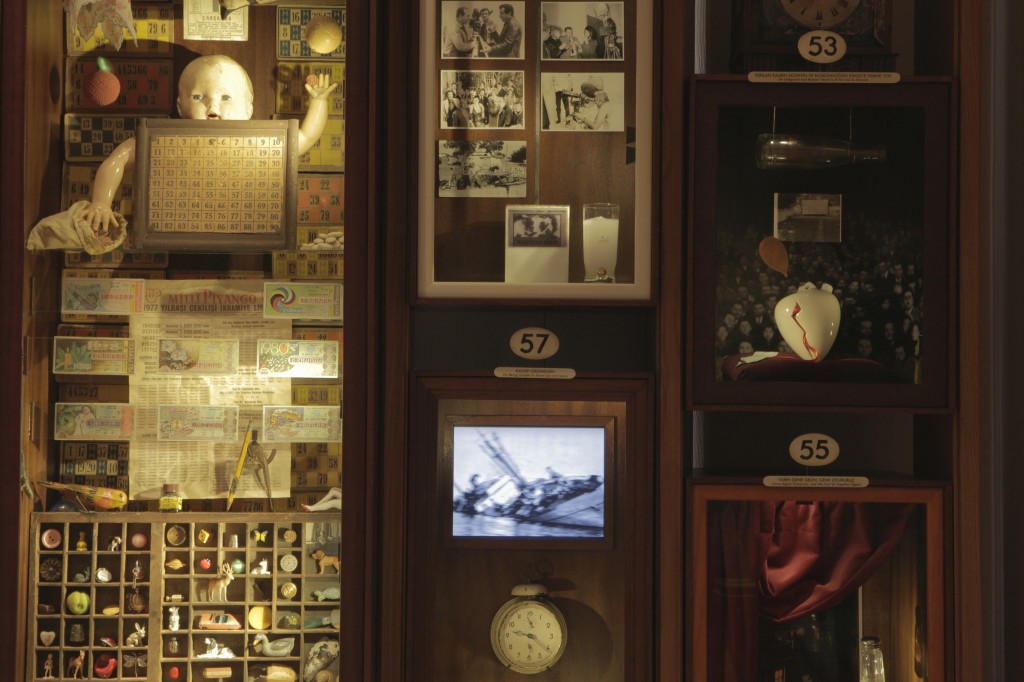 Author:  Pamuk, Orhan.
Title: The innocence of objects.
Publisher/ Date:  New York : Abrams, 2012.
Avery-LC : DR739.M37 P36 2012
This catalog represents decades of omnivorous collecting by author Orhan Pamuk.  The Museum of Innocence in Istanbul uses his novel of lost love, The Museum of Innocence, as a departure point to explore the city of his youth.  In the catalog of this remarkable museum, he writes about things that matter deeply to him: the psychology of the collector, the meaning of the museum, the photography of  twentieth century Istanbul (illustrated with Pamuk’s superb collection of haunting photographs and movie stills), and of course the customs and traditions of his beloved city.  The book’s imagery is equally evocative, ranging from the ephemera of everyday life to the superb photographs of Turkish photographer Ara Güler.  As such, the museum and catalog represent his own personal Wunderkammer.  (Revised from publisher’s description)

NEW TRENDS IN MUSEUM AND INTERIOR DESIGN
9.
Author: Barrett, Katy.
Article title: A Sense of wonder.
Journal: Apollo. Feb. 2014, p.54-58.
Museum displays are beginning to show a renewed interest in the Wunderkammer.  By applying the concept of collocating objects in this manner, it allows museum to celebrate their eclectic origins, and it helps to resolve some of the challenges of categorizing contemporary art. (Revised from introductory abstract) 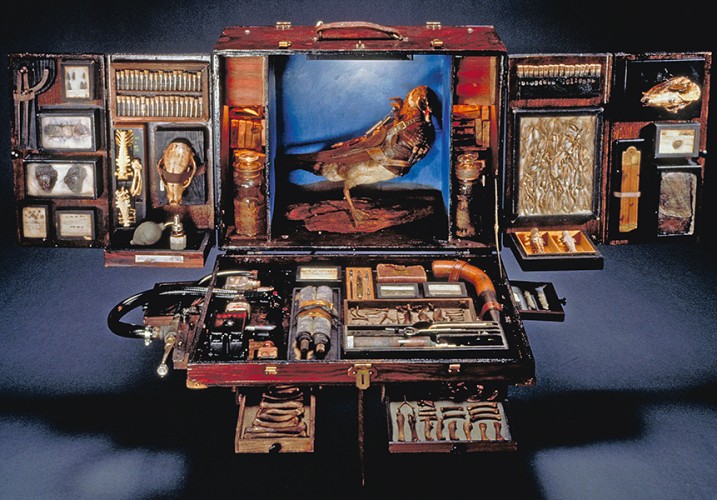 Author: Davenne, Christine.
Uniform Title: Cabinets de curiosités.
Title: Cabinets of wonder.
Publisher/ Date: New York : Abrams, 2012.
Avery-LC :  AM342 .D3713 2012
Skulls, butterflies, hunting trophies, ancient Egyptian artifacts, the alleged skeletons of mythological creatures, and many other mysterious oddities fill cabinets of wonder. A centuries-old tradition developed in Europe during the Renaissance, cabinets of wonder are once again in fashion. Shops, restaurants, and private residences echo these cabinets in their interior design by making use of the eclectic vintage objects commonly featured in such collections. Cabinets of Wonder showcases exceptional collections in homes and museums with more than 180 photographs, while also explaining the history behind the tradition, the best-known collections, and the types of objects typically displayed. Offering a historical overview and a look into contemporary interior design, this extravagantly illustrated book celebrates the wonderfully odd world of cabinets of wonder. (Revised from publisher’s description)